What is a Neckerchief?

The Neckerchief is the most-recognized symbol of Scouting anywhere in the world.  The rolled-up triangular cloth neckwear has been a fixture of Scouting from the very beginning.  It seems that Robert Baden-Powell, the founder of Scouting, saw an American soldier, working as a scout for the British Army in South Africa in 1898, wearing a bandana loosely around his neck and essentially copied the pattern for the Boy Scouts.  (The drawing of a mounted solider in the slideshow on this page is Baden-Powell's own drawing of that American army scout.)  In that sense, you can say that the Neckerchief is an American invention!

Why wear a Neckerchief?

The "woggle" is the slide part that holds the Neckerchief together. These can be purchased, and many Packs and Troops have activities to make custom woggles. 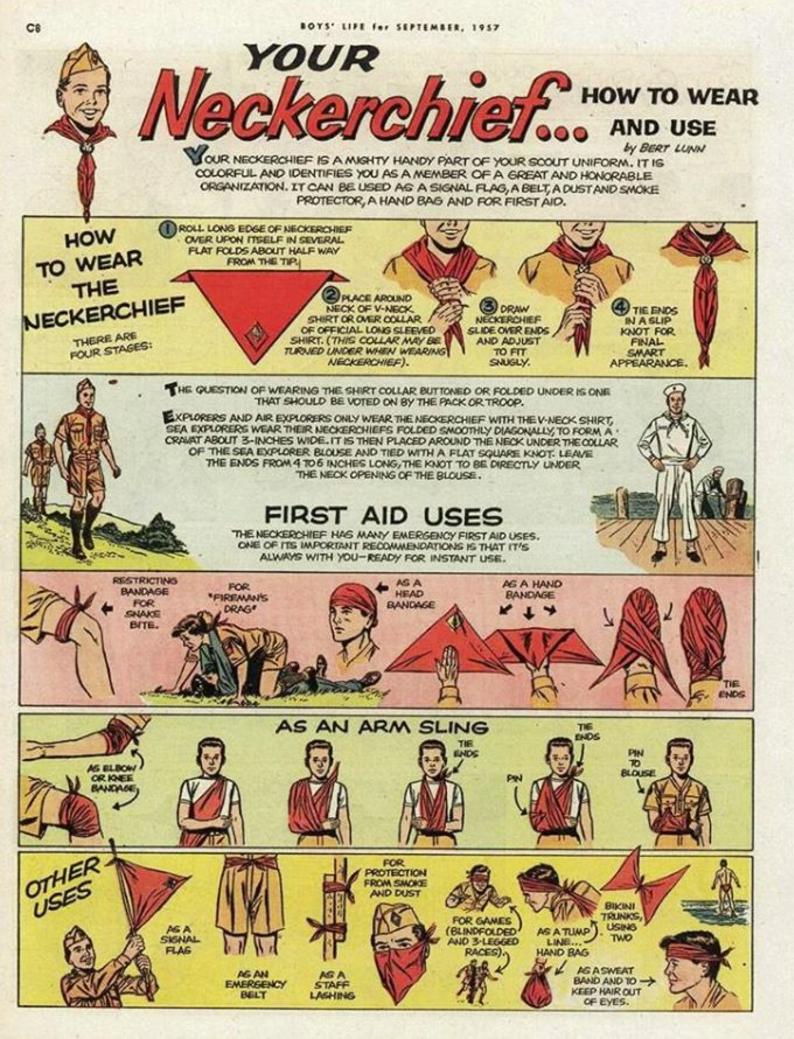